As Gabrielle Lamontagne* discusses the thing that has nibbled away at her peace of mind for years, she pulls out her familytree. It’s a geometric arrangement of squares (males) and circles (females) going back four generations. Some shapes are coloured in, some contain dots or question marks, some are slashed through. Hanging off a low branch is a question mark in a circle marked “ME.”

BRCA’s association with breast and ovarian cancers was established in the 1990s and testing for it has been available — and free for anyone with a strong family history of cancer — since then. It’s a rare mutation, occurring in roughly one in five hundred Canadians, but it increases the risk of developing breast cancer by up to 85%, according to the Canadian Cancer Society.

Gabrielle, who is 27 and currently doing a residency in family medicine in Montreal, would like to know if she carries BRCA. What has held her back, until now, has been concerns about the implications the results could have on the cost of her insurance.

Bill S-201, the Genetic Non-Discrimination Act, was passed in the House of Commons in March 2017 in a resounding 222-60 vote. But until May, when it received Royal Assent, there was no legislation to protect Canadians against genetic discrimination. This meant that employers and insurers alike could request genetic information on their employees or clients, and use that information against them. 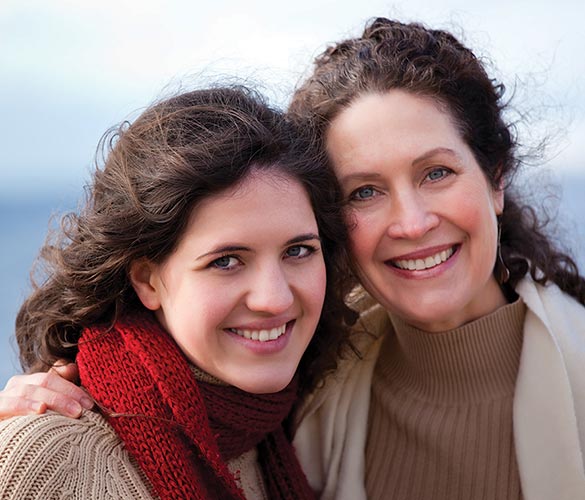 Gabrielle faced a vexing dilemma. Anticipating a career in private practice, she wanted to buy life insurance but she knew she would have to disclose the names of all doctors she had ever seen; her one visit to a psychologist resulted in the insurer excluding any psychological conditions from her policy. Knowing that genetic testing could have more serious repercussions — astronomical premiums or an exclusion of breast and ovarian cancers — Gabrielle decided to postpone it.

At about the same time, Jessica Barton* was weighing the same choice. On the cusp of her 30th birthday, she and her sister and her mother had been debating for years whether they should be tested for BRCA. Jessica’s maternal grandmother died of ovarian cancer in her 50s. Her great aunt, who had both breast and ovarian cancer also died in her 50s. For a long time, her mother had hesitated, concerned about repercussions on her— and her entire family’s — insurance. But in 2013, after Hollywood celebrity Angelina Jolie went public with her decision to have a prophylactic mastectomy, having tested positive for BRCA1, Jessica and her family decided to proceed.

“I chose my health, and it was the right choice.”

“I chose my health,” Jessica says today, “and it was the right choice.” She and her mother both tested positive for the mutation. Jessica’s mother proceeded right away with an oophorectomy (removal of the ovaries) and Jessica began the “high-risk” screening program that anyone carrying the BRCA mutation is entitled to. For her, it means an annual MRI and mammogram. Once she has had children, Jessica plans to have an oophorectomy and she’s considering a mastectomy as well.

“Some people think a positive genetic test result is a death sentence,” says Jessica. “I don’t see it that way. Knowledge is power. The more you know, the more control you have.”

The Genetic Non-Discrimination Act added, among other changes, “genetic characteristics” as a new ground under the Canadian Human Rights Act, making it one of the 13 reasons a person can file a federal discrimination complaint in Canada. The new law has brought Gabrielle, Jessica and thousands of other Canadians, great relief. Doctors are reporting a sea change in attitudes as patients who have long feared hereditary conditions or have been fighting mysterious symptoms, agree to genetic testing, without fear of reprisal.

“It’s been one of the most humbling experiences of my career,” says Ronald Cohn, pediatrician-in-chief for Sick Kids Hospital in Toronto. Many of his patients are afflicted with rare conditions causing muscular disorders or cognitive delay. “I underestimated the amount of relief this — ‘just’ providing a diagnosis — would provide patients and their parents.”

Since the Act has passed, Gabrielle has had the BRCA test done. Now she awaits results. At last, she’ll be able to erase the question mark in her circle. Whatever replaces it, she’ll take it from there.

On average, 72 Canadian women are diagnosed with breast cancer every day.

are diagnosed with breast cancer every day

In May 2017, the ground of “genetic characteristics” was added to the Canadian Human Rights Act. Having long advocated for the change, the Commission welcomed the passage of Bill S-201, Genetic Non-discrimination Act, and applauded its coming into full force. The Quebec government is challenging the constitutionality of Bill S-201. The Commission is intervening in the case to oppose the challenge.